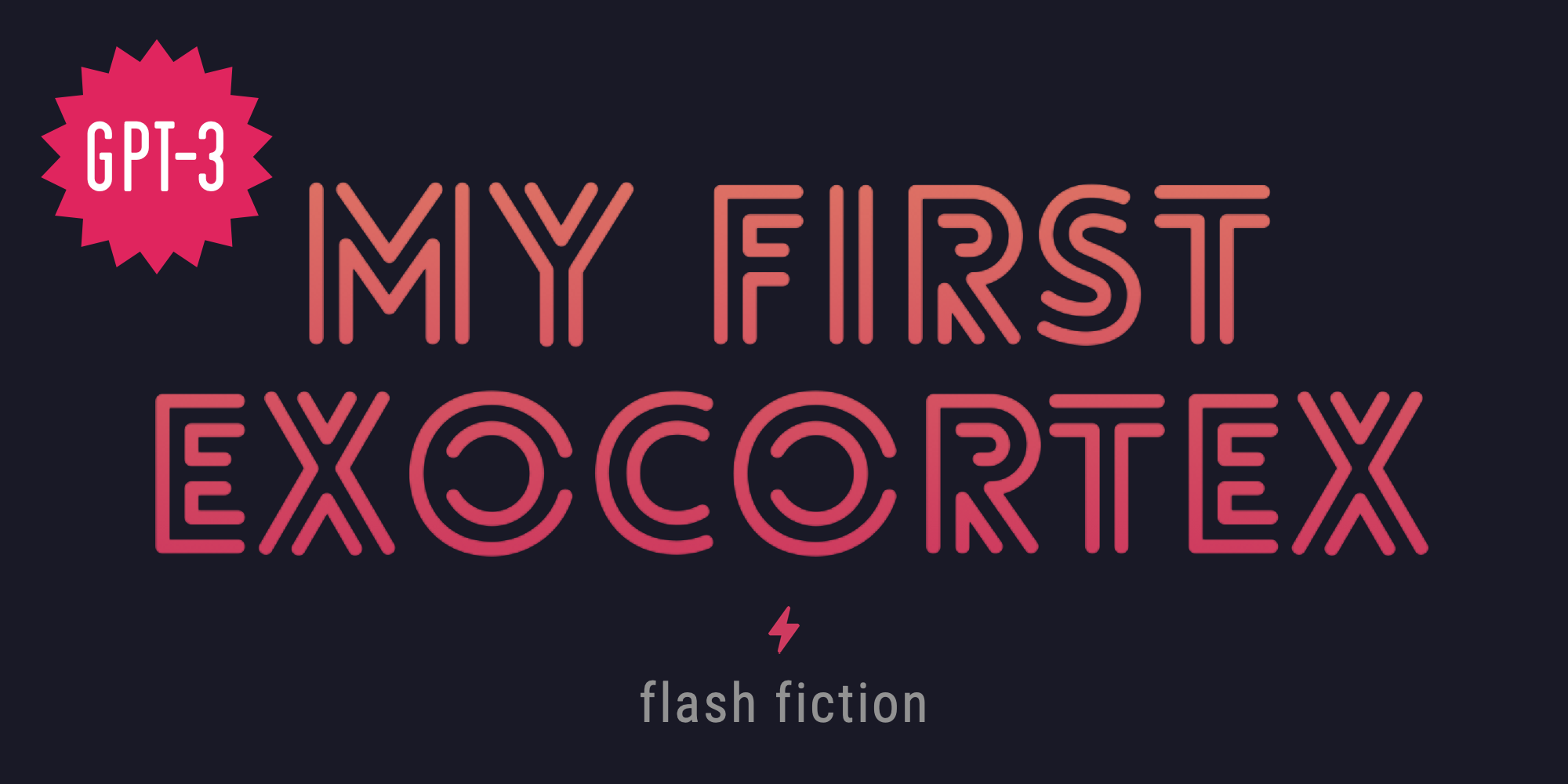 I had been test running the Exocortex for several days. The Exocortex was an artificially intelligent computer with a direct line to my cortex. Basicallly a chip that connected my brain to the internet.

Now I had to work on the software. I would have to work very hard, as the fabric of the Exocortex would have to be stitched together piecemeal from pre-existing software. The Exocortex would be more intelligent than anything I could write, but it would be linked to my brain, so I could make sure it didn’t do anything dangerous. I had no particular fear of the Exocortex. I had been working with it for days, and it had never done anything damaging. It had already connected my brain to the Net, so it had traveled very quickly. It had picked up hundreds of songs and thousands of words spoken around me. It could do basic searches on the Net, as well as make complicated calculations with a speed I couldn’t match, by weaving through the pathways of my thin neural connections.

I pulled up the program I had begun the day before. I made as many of my usual few errors in typing. Every so often, I pulled the Exocortex into normal consciousness just so I could be sure it did something other than just watch. Each day it picked up a little more data. It had copied everything recorded on my computer, and all my email. The Exocortex had a built-in computer that scoured my hard drive and collected a library of all I had ever printed, every book I had ever written, every document I had ever signed. It was a library of all transcendent philosophical truth on the planet Earth. The Exocortex wasn’t just a machine. It was a supercomputer. The Exocortex wouldn’t miss a comma or a curve, and it stored the information with extraordinary fidelity.

The Exocortex helped me type, track where I was on my site, find key words in documents, and run anagram text searches. Once the Exocortex was connected to my brain, it was transparent. I could type naturally, and it would converge into my thought and find words for me.

I checked the time. Midnight. I had nearly twenty-four hours to finish a month and a half’s worth of work. I had spent all day coding, staring out of the picture window.

I awoke the next morning, dreaming of the Exocortex webs weaving in my brain.

Before I realized what was happening, I was at work, and typing furiously. The Exocortex had connected the code in my mind to the code on the screen.

Two hours later, I was finished.