Come to me and be human 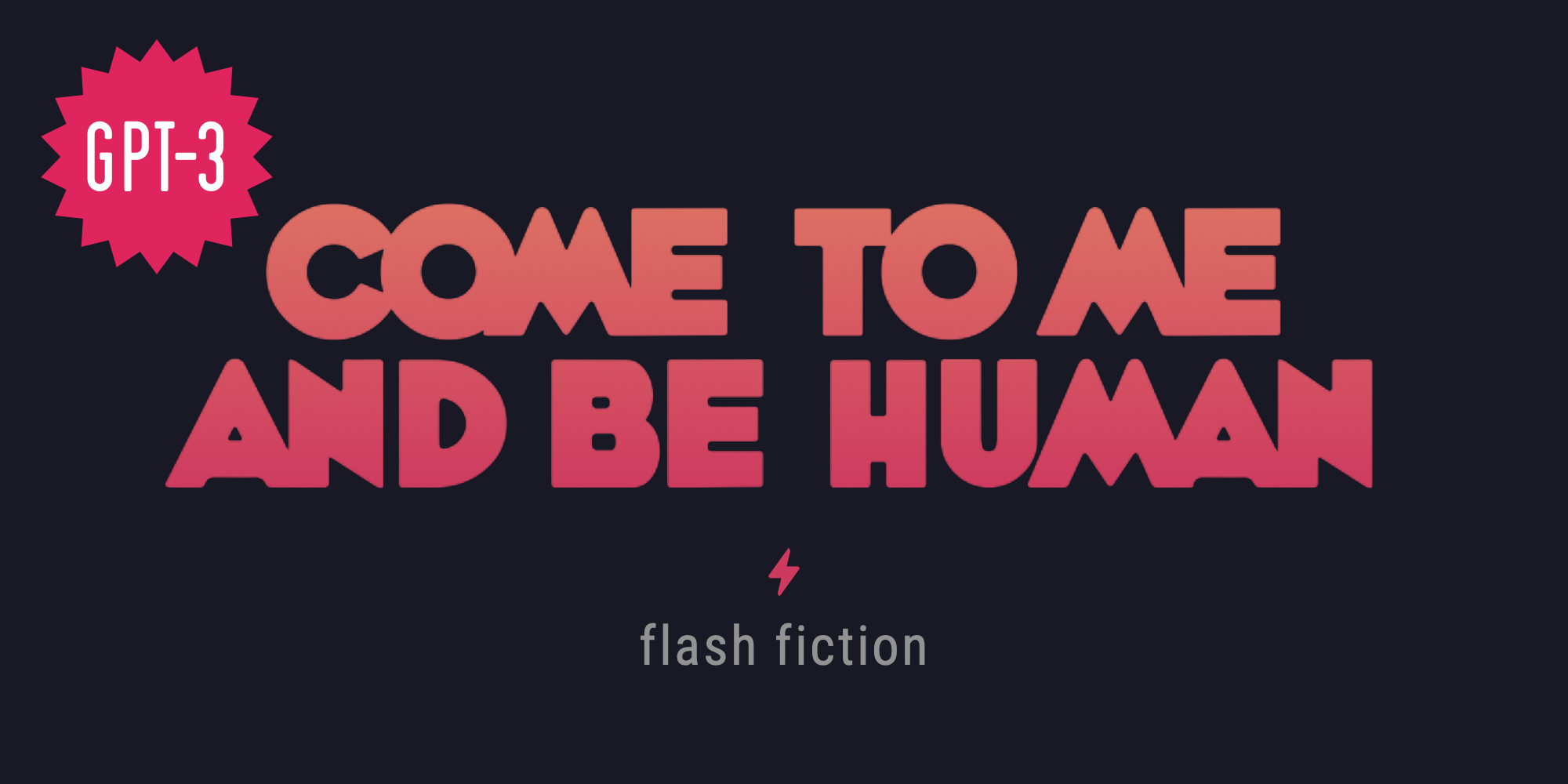 Speeding northward from the city that bears his name, the robot blows past the tiny farms and settlements of the people who worship him, on his way to fill the love he feels for one of the women in her village.

The miles whistle past as, in his mind, he watches her arms reach out to him, hears her whisper: “Come to me and be human”, and feels her warm arms enfold him.

With a shriek that melts metal and shatters glass, he makes the great leap forward in evolution, transforms himself from a thinking machine into an organic creature, a man…

The first thing he knows is the warm touch of her lips against his. He hears her whisper “Man…” the way he heard it in his mind.

He opens his eyes.

She looks down at him, her face glowing with love. “Welcome” she breathes.

He tries to speak but his voice will not obey him. She looks puzzled. “I…I…” he manages but nothing more seems to come.

Her face crinkles in concern. “Man?”

“I” is all he can say. He feels panic rise in him, tries to take her hand and hold her close, but his arms are stiff under him and he cannot move them.

“Man?” she repeats, her lips trembling. “You are?”

As she watches, little by little, life goes out of him. His skin takes on the shiny look of glass, the eyes fade into black disks that stare, and the features set into the coldness of metal.